BPG ……HOW IT ALL STARTED

Richard became the first Chairman and the annual membership was set at £10. (It is not a great deal more now at £18!). In 1982 they became Bourton Panto Group.

Over the years there have been many memorable productions and moments. Following the end of the show “Me and my Girl” in 2004, Richard arranged for an amazing afternoon to be held in the grounds of “The Glebe”. The owner Mrs George was so supportive……everyone was in costume and had their photographs taken with an amazing old car.

Two of the productions were held at The Cotswold School, namely “Oliver” in 1993, “The King and I” in 1995. This was to facilitate a larger venue with tiered seating and were sell-outs!

Flying became commonplace for Anne Adsett. For one production Anne was cast as a fairy. She flew from the back of the hall and landed on the stage. Joyce Walsh as choreographer taught Anne the finer points of “flying through the air with the greatest of ease”. The stunt cost £1000!

Watch this space for further glimpses of the past!

We perform in the Victoria Hall, Bourton On The Water 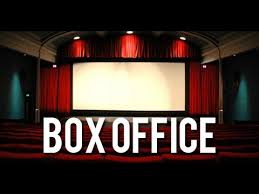